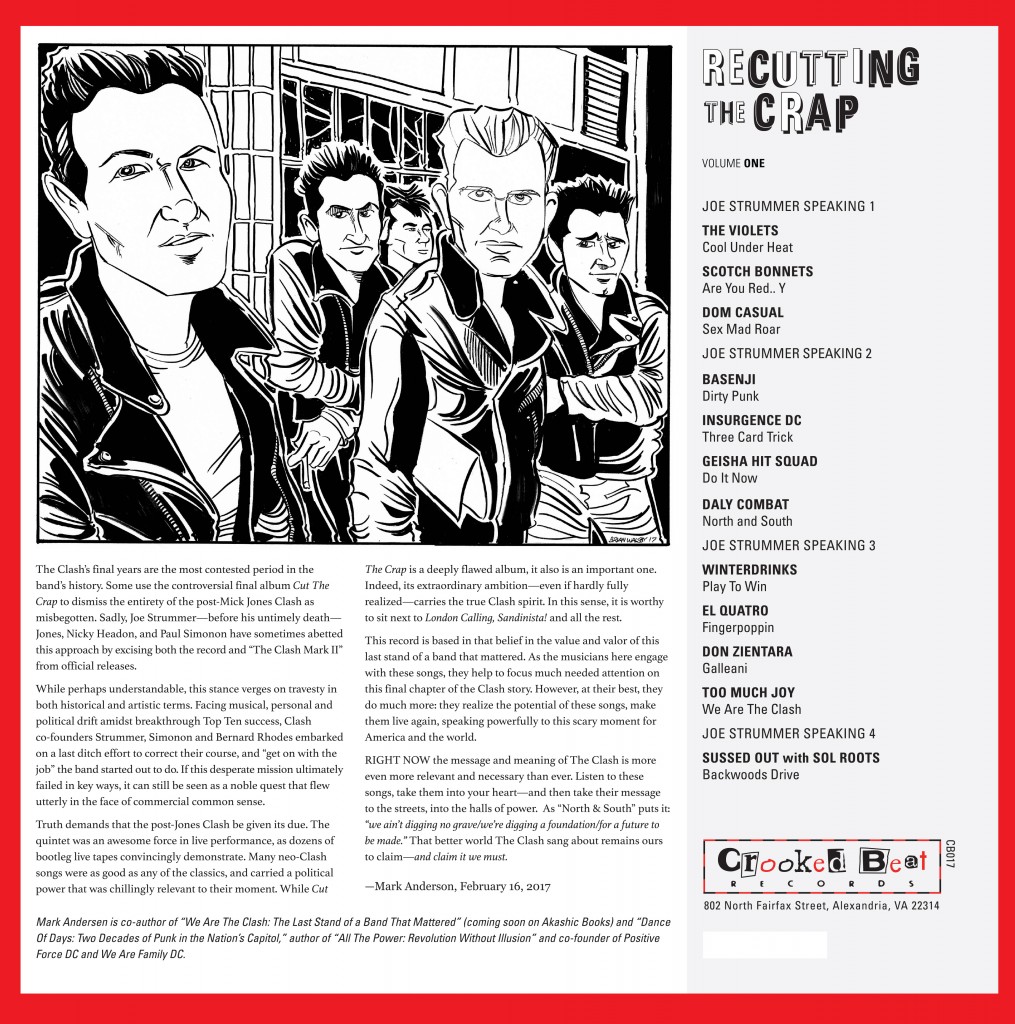 For Record Store Day this year (April 22nd), Crooked Beat is putting out a tribute to the final Clash LP, Cut the Crap. It’s not the band’s best record, but it did boast “This is England,” and also “We Are The Clash,” a title so funny that Too Much Joy almost stole it for what eventually became Cereal Killers. When we found out about the project, we asked if anyone had taken that one yet, and when the label said no and asked if we wanted to participate, we said, “Fuck yeah.”

So there will be a “new” Too Much Joy song out in the world on Record Store Day. We recorded it last year at The Loft in Bronxville (same place all the songs on Green Eggs and Crack were done) in a quick one night session, aided by the inimitable Al Hemberger and five bottles of Rioja (one for each band member, as both Bill Wittman and Sandy Smallens joined in). We were having so much fun we also wrote and recorded a companion piece on the spot. That one’s called “We Aren’t The Clash,” and we’re in the process of figuring out the best way to get that one out into the world, too.