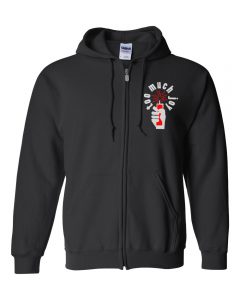 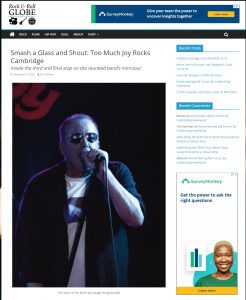 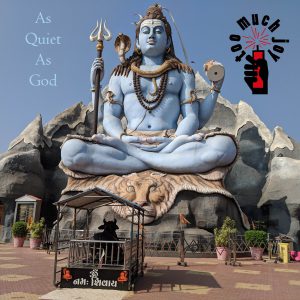 The Boston Globe has a great feature about the band in today’s paper. It’s written by long-time fan Marc Hirsch, who understands TMJ is more than just a goofy frat-rock band.

It’s always nice to be interviewed by people who get us.

You can read it below, or click through to the Globe’s site here. 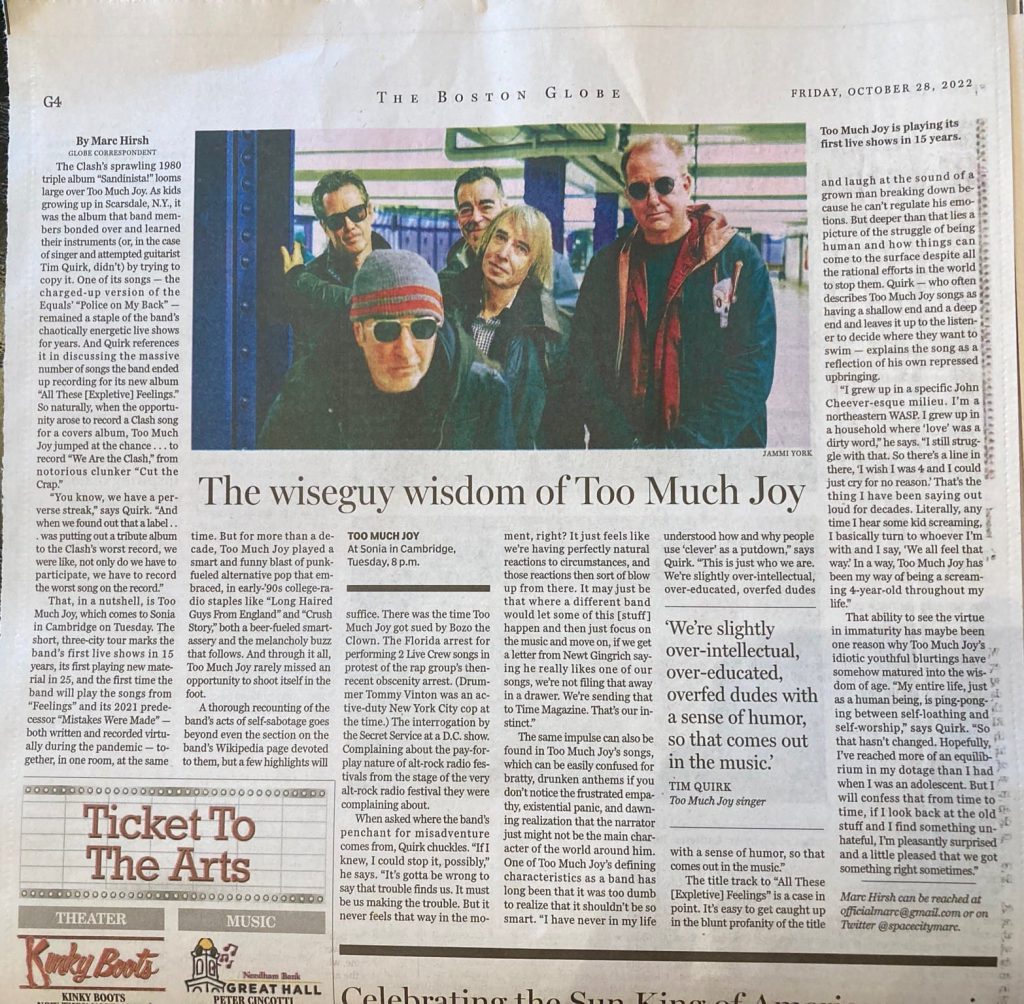 New Noise Magazine has a nice review of All These Fucking Feelings,  which they say adds “another dozen, plus one, fast pop rock songs crammed with hilarious smart-ass lyrics” to our ouvre.

Brooklyn Vegan got the first review of All These Fucking Feelings up pretty quickly. 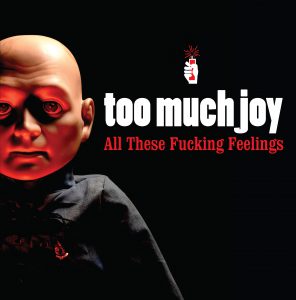 Our new album, All These Fucking Feelings, is officially available. If you donated to the IndieGoGo campaign that underwrote its creation, you should have already received your download code; physical copies are working their way toward those who ordered them via the U.S. mail. And you can stream it everywhere. 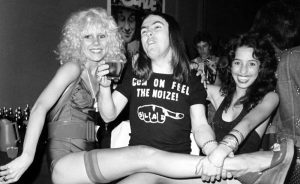 So the band’s been having a big debate about if/how/why to arrange meet and greets at each gig. After much back and forth, and based on a lot of input from fans, we have decided to arrange genuine after parties in each city, to which we will be making available a very limited number of wristbands that can be purchased in advance or at the merch table.

If you just want a selfie with a band member, or a quick hello, you will almost definitely be able to do that at the gig itself, as TMJ are not ones to lock themselves in the dressing room. But if you’re interested in sitting down and yakking about stuff over drinks for an extended period of time, then we encourage you to buy a wristband for one of the after parties.

Doing it this way means we have to spend (and therefore charge) more than if we just set aside a half hour at the venue during soundcheck, but hopefully the end result will be worth it.

In Boston, the after party will be held at Sonia, the same venue the band is playing. There are only 33 tickets available directly from the venue: here.

In DC and NYC, the after parties will be held at secret locations disclosed only to those who buy wristbands in advance (you’ll be able to buy one at the merch table each night, but since we’re only selling a couple dozen of these, you can also reserve one below and pick it up at the merch table when you get there).

$50 gets you a wristband, and membership in a secret email group who will be receiving a message with the address of the after party shortly after TMJ’s set ends each night.

$60 gets you that, plus a free t-shirt, plus a band member will personally purchase your first drink for you at the bar. Order wristbands for the DC party here, and for the NYC party here. For Boston, you can purchase directly from the venue here.

(NOTE THAT PRE-SALES OF WRIST BANDS HAVE BEEN CEASED. YOU CAN STILL SNAG ONE AT THE MERCH TABLE, THOUGH.) 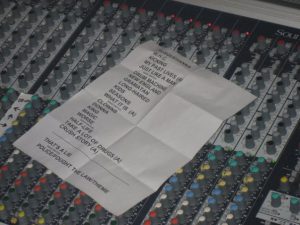 The boys are now gathering in New York, blowing the dust off our instruments, and figuring out which old and new songs we remember how to play. Our first shows in 15 years are just weeks away.

We’re also trying to arrange some kind of meet and greets before or after each gig, as we’ve had numerous requests for that. We’ll post details as soon as we’re done arguing about what’s an appropriate price to charge.

If you haven’t already, you can pre-order the album here.

We’re not gonna lie: we do not have Beyonce-level video budgets. But we’re pretty proud of what we manage with what we have. This time around, we used the lyrics to our latest single, “Fortune Telling’s Easy,” as text prompts for the Stable Diffusion AI image generator to see what would happen. Jake Wincek, who did such great things with the live footage for our last video, then strung all the results together to create this lyric video.