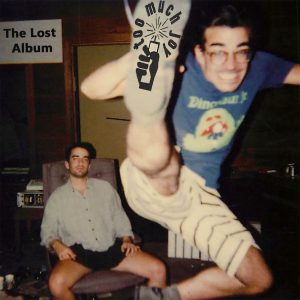 Bandcamp has been waiving their commission on the first Friday of every month, so TMJ is celebrating by making some rarities more widely available. Go to our bandcamp page to get the following goodies:

Oh, looks like Topspin media, the company we used to power all the free streaming on this site, has gone out of business. So there are now just empty spaces next to all the old albums, and in a lot of random posts that used to have media players attached. Bummer. It’s gonna take us a while to swap them all out using some other solution, so please bear with us in the meantime.