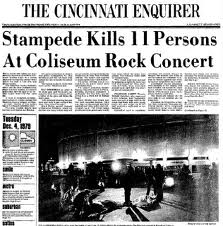 As a title, “Nothing on my Mind” practiced truth in advertising, since the lyric is the result of an experiment in sitting down to write a song without first having a title, a single line, or any idea of what I wanted to say (I’d recently read that Paul Simon went to an office from 9 to 5 every day to compose, which made me feel a little lazy just sitting around drinking, waiting for inspiration to strike).

That explains the stream-of-conscious nature of the words, and also why I tossed in the bit about the coloring book — the idea being that any interpretation a listener might impose was going to be a lot more significant than the mostly random outlines I’d provided.

Or so I thought at the time. Listening back almost 25 years later it’s painfully obvious that by trying not to write about anything I wound up demarking a nearly clinical depression that went well beyond standard post-adolescent alienation. That unfeeling, unmotivated narrator who can’t even be touched by the gruesome death of a family member seems to be walling off something too scary to contemplate. It could be something that was done to him, something he’s gonna do to himself, or something he’s gonna do to innocent bystanders at a fast food restaurant, but it’s nothing as simple as a parade or a day on a lake. The gritted-teeth attempt to invest some meaning in childhood songs or random pleasantries is as weird as the refusal to grant any to genuine tragedy, but this dude clearly needs to start small.

Since I had no idea when I wrote it that the song was about anything like that, I’m kind of amazed how well the arrangement and performances fill in all the rage and confusion and desire for release the lyrics are incapable of communicating. One more example that TMJ were at our best when we were thinking least about what we were doing.

The bit in French, by the way, is “Je t’aime le rock and roll.” Translated literally, that means, “I love you, the rock and roll,” which is stupid, but also necessary, both to make the rhythm work and because rock and roll is the only thing that can save our narrator, specializing as it does in making the trite and commonplace (“I love you,” “la la la”) briefly but powerfully meaningful. I suppose our narrator could have spent years in analysis, but rock works way faster — he sounds a lot healthier by the time the song ends, just a little more than five minutes after it began.

Then again, rock killed his cousin.

Gee, this is all a bit heavy, isn’t it? Ignore me and listen to Tommy, who has a much more normal reaction whenever he hears the song again:

Our first successful attempt, not intentional, of writing (dare I say), a ballad? Sandy’s vocal, along with Jay’s soothing guitars and the tom drums played during the verses keeps this song flowing in such a cool way. I remember at first listen I thought the outro was ridiculously long and should be cut. Tim ended up coming up with some incredible vocal stuff to make the ending actually work and make sense. Due to me having to play cop in the Bronx, producer Paul Fox had drummer/percussionist Pat Mastelotto (Mr. Mister/King Crimson) come in and add some tambourine to the song, which spiced up the song that much more. To this day, if I have my iPod on shuffle in the car and this song comes on, the volume gets turned to the right and the windows go down.

And here’s what Sandy remembers:

Lots of first takes on this one if I recall correctly. We had to convince Jay to keep the main guitar part, which was so cool and slidey. I remember the rest of the band leaving the studio when Tim and Paul Fox were recording Tim’s outro ad lib vox, and we all came back and said “HOLY SHIT!” because they were so amazing. Also, occasionally on tour, people would come up and extend their sympathies for our fictional cousin who died at a Who concert.

Yeah, the cousin’s a lie. The details almost always are. The feelings, when they surface, are real, though. This much is very true: I would not be here today if teenaged me could have borne the thought of never hearing the next Clash record, or if twenty-three year old me could have done the same with the Mekons.