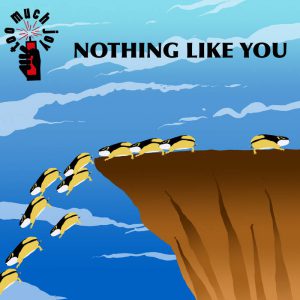 Donors to our IndieGoGo campaign have now received this month’s single, a rocker called “Nothing Like You.”

The B-side, “Clenched Fist Labs,” was commissioned by Robert Reay, to commemorate a bunch of characters with a shared mythology he and some friends created a while back. They have their own comic strip if you want to follow it: www.umlautllama.com/projects/cfl/

The cover art was drawn by TMJ fan Sean Brown.