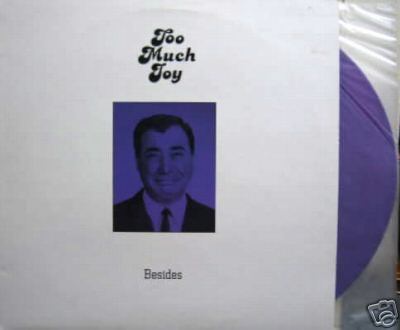 Purple promotional 12″ Giant/Warner released to push the power ballad “Nothing on My Mind.” Track one is an edit of that song, the label assuming (sillily, in retrospect) that DJs might actually play it if only it were shorter. Someone also asked us to give them some B-sides, so we threw on a bunch of random stuff: an outtake from Green Eggs and Crack called “Soft Core;” two songs we pulled out onstage whenever there was an equipment malfunction: “Drum Machine” and “Take a Lot of Drugs;” and a hastily-self-recorded acoustic version of “King of Beers.”

The EP has never been published on any of the streaming sites, but here’s a live version of “Take a Lot of Drugs” to amuse you.